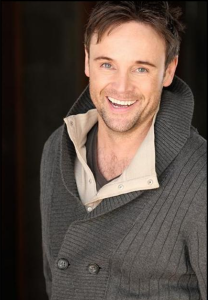 Kirby Morrow’s talents and expertise have made him one of the most well rounded artists in Canadian show biz. A highly diverse actor, award winning writer, and experienced director, Kirby is also known as one of the top voice over professionals in North America.  On camera, Kirby has portrayed a wide range of roles from King Jerrod in Kevin Tancharoen’s, “Mortal Kombat” to Captain Dave Kleinman in “Stargate Atlantis”. Most recently Kirby played Russian astronaut Trofim in the SyFy pilot “High Moon” as well as the romantic lead opposite Rachel Boston in Hallmark film, “Ring By Spring”.  Kirby can also be seen playing integral roles in JJ Abrams “Fringe”, CW’s “Supernatural” and “Arrow”, Fox’s “Human Target” and CTV/CBS’s , “The Bridge”, amongst many others.