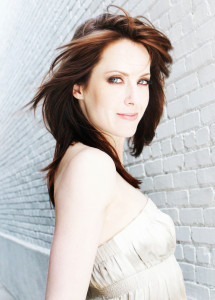 A multi-talented performer, koralee has written, produced and performed in plays, radio dramas, films and television programs that have appeared across North America and the World. You’ve seen her in national commercials for Scope and Lee Jeans and the instructional Yoga television program ‘Namaste’, currently airing in over 15 countries. But singing is her first love; she has toured Western Canada and the West Coast of the United States – from festivals to clubs to living rooms koralee has performed in front of thousands or for just a handful, sharing her singular, evocative style.

Koralee plays the character of Andrea in PARKED.