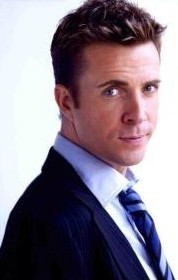 Peter Benson is a very busy actor on the Canadian film and television scene with over 75 film and television credits to his name. He has played lead roles in a variety of films including, “A Bride for Christmas”, ”The Break-up Artist” opposite Amanda Crew (Charlie St. Cloud), “Death Do Us Part” and the soon to be released comedic romp, “The Wingman”. He is most widely recognized for his work on the CBC series, “jPod” and was recently seen on the highly acclaimed drama, “The Killing”, for AMC. In 2012 Peter starred in the feature films “Leap For Your Life”, “Afterparty”, “Hastings Street” and “What an Idiot” (which he also wrote and directed). In 2013 he has played a number of roles on television including guest star performances on “Motive”, “Arrow”, ”Continuum”, “Mr. Young”and “Spooksville”.  He is currently filming a lead role in the backdoor pilot “The Mystery Cruise” for the Hallmark Channel.