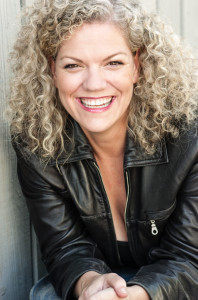 McCarthy is a bold, innovative, transdisciplinary artist and educator who is constantly devising new original theatre, film and performance art. She enjoys teaching, conducting experiments/ research whilst working independently and collaboratively with other artists. McCarthy has been profiled and published in the Canadian Theatre Review where she was credited as being one of “Canada’s foremost cross-over artists”.  The University of York has documented her and archived her body of work as she has been identified as a “trailblazer” in Performance Creation across Canada.  As a master clown, “BLYSS” McCarthy was scouted by Cirque du Soliel in 2007 when she headlined the Toronto Festival of Clowns and remains in their talent bank.  Select favourite acting film and television credits include: ”The Haunting Hour”,  ”Fringe”, “F-Stop”, “Emily Owens MD”, “Last Wedding”, and “The Entrance”  McCarthy has  a slate of films in development and is in post production on the comedy transmedia series, PARKED.  PARKED recently won the BC Film + media interactive fund, the Independent Production Fund and was in the Canadian Film Centre Media Lab’s prestigious ideaBOOST Affiliate program.  McCarthy was recently awarded of the Women In Film and Television Vancouver Banff Mentorship program where she was honoured to work with mentor Alex Raffe from Thunderbird Films on her properties.