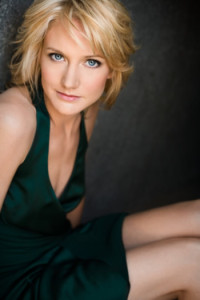 In 2002 Sonja starred in her first major film role in the Canadian feature film “Punch”. For her performance in Punch, she was awarded the Best Actress in a Canadian Film Award from the Vancouver Film Critics Circle and a special citation for the Women in Film and Video Artistic Merit Award. Following Punch, Sonja’s career has blossomed; she’s had several series lead roles including “Cold Squad” and “Godiva’s” which have garnished her with both Leo and Gemini nominations, as well as roles in numerous features including “Control Alt Delete”, “Elegy”, “Where The Truth Lies”, and “Fido” with Billy Connolly and Tim Blake Nelson. She also had starring roles in “Fathers and Sons”, “Catch and Release” (with Jennifer Garner, Timothy Olyphant, and Kevin Smith), “Donovan’s Echo” (opposite Danny Glover and Bruce Greenwood), “Cole” (both Genie and Leo nominations) and “Young People Fucking” – for which she won the Vancouver Film Critics Circle award for Best Supporting Actress in a feature.