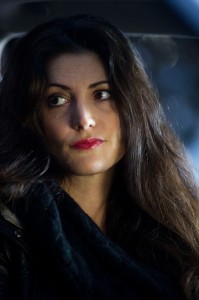 Kim (Julia Benson) is Jesse’s ex-girlfriend and mother to his twin boy and girl; she works as a nurse at a local hospital. While at one time wooed by Jesse’s charm and sense of spontaneity, she has since become frustrated with his failure to grow up and settle down. Still forced to de- pend on Jesse for childcare as she works odd hours, she finds his lack of maturity thoroughly frustrating. She has recently moved on and is now in a relationship with the stable, upwardly mobile Peter.