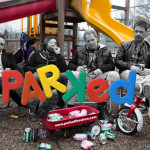 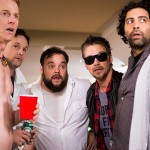 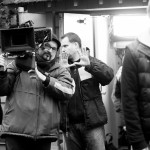 by Parked in Blog 0 comments
Why it’s called PARKED – or Why I am disappointed with my life… Ok, so first of all, I’m not totally disappointed with my life…. so don’t get too depressed right off the bat, but a lot of people have asked me why I decided to join the PARKED team and come on board as a Producer, as it’s VERY different from my usual type of work, producing programming for children and teens. So here’s why: It’s called PARKED, because overall, it’s a story about people being ‘parked’ in their lives. They had a certain dream or ‘plan’ for their life when they were younger, and now they are hitting their 30s or their 40s, and have found themselves stuck or ‘parked’. It’s the story of what happens when life doesn’t turn out as planned, and how you reconcile yourself to that fact in order to move forward and adapt. I think it’s a universal theme that almost everyone can relate to. Who hasn’t had something not work out as they imagined, whether it’s a relationship or a career or simply some grandiose plan or idea you had for the future? I think most of us, when we look back […]