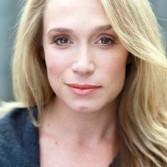 Jennifer Copping was born and raised on the Sunshine Coast in Sechelt ,B.C. She moved to Vancouver in her teenage years and got an agent to pursue her dreams… singing ,dancing and acting for the stage and screen. SInce then her 27 year career has taken her to many exciting places . Highlights include touring to Alaska with “Les Miserables”, playing Sally Simpson in the Canadian premier of “The Who’s Tommy”, touring and living in Chicago with “Joseph and The Amazing Technicolor Dreamcoat”starring Donny Osmond and most recently playing Mary Delgado in the Canadian premier of “Jersey Boys”. On television she can be seen in current shows such as  “Motive” ” When Calls The Heart”and “The Killing”. Fav films have included “Ill Fated”, “See Grace Fly”, “Protection”, “Once Upon A Mattress”, ‘Slither” and  “Becoming Redwood “ for which she won the 2013 Leo Award for Best Actress. Her proudest accomplishments are her 15 year marriage to her husband, filmmaker Jesse James Miller and their two sons Cian and Keen. Up next is the feature film“Rabbit” written and directed by Miller and produced by Profile Films www.profilefilms.ca