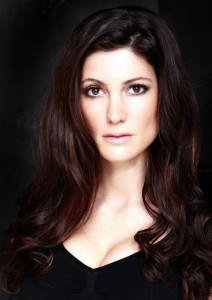 Julia has guest starred on many television series including “Mr. Young”, “Harper’s Island”, “The Haunting Hour” and “Masters of Horror”. She has also starred in numerous movies of the week, most recently, “Chupacabra vs. the Alamo” with Erik Estrada (CHiPs) and “Earth’s Final Hours” with Robert Knepper (Prison Break, Heroes). Julia has just finished shooting two feature films, “That Burning Feeling” with John Cho (Star Trek Into Darkness) and “What an Idiot” with Kerr Smith (Dawson’s Creek). She is most widely recognized for her portrayal of Vanessa James on the critically acclaimed “Stargate Universe”, a role for which she received the 2010 Leo Award for Best Supporting Actress.